Exciting times at SC Gothic. Welcome to the new committee members and new club arrivals. A number of relaxed club runs have been organised during early spring and are due to continue into the summer and autumn. Club runs are currently setting off from Morpeth around Northumberland, Durham and Tyne and Wear. Members are based all over the UK and are eager to wear the famous jersey des l'Goth.
The club is registered with British Cycling and the Time Trial Councils, so if you fancy a blast over 10,25 or 50 miles or even a late year Hill climb,... roll up, roll up. See also our facebook page.
Posted by allmacd at 06:42 No comments:

Al MacDonald, overlooked this year for Rio, was Gothics only entrant at this years inaugural event. He defied the conditions at the recent Elsdon 8m hilly time trial organised by Blaydon Cycling Club. He finished in 38th Place in a field of 50 on the day. Fighting through rain, hail, sheep and a headwind, conditions of the like only seen previously in black and white film about Grace Darling in a howling storm, there were plenty of non starters from the start sheet (he beat all of them as well). His time, a little over 34 minutes was applauded by the two folk who were seen on the Gibbet. Crowd Control was not necessary. One spectator said 'not why it took him so long. He certainly looked good in that Gothic Jersey; maybe because he's ancient'. With the Hill Climb season upon us, we look forward to hearing about the further low gear grinding adventures.
Posted by allmacd at 02:40 No comments: 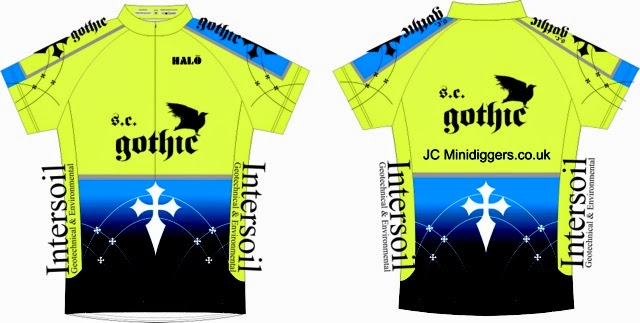 If anyone wants to ride the last two 10 mile time trials this year around these here parts, click on the cycling time trials site - you've just got time:
-6th Sept -2pm -Tyne and Wear Fire Brigade 10 (course Bassington -Plessey Checks)
-14th Sept -8am - Cleveland Wheelers 10 (course Stokesley)
Remember, you have to be a paid up member of a registered cycling club to enter.
www.cyclingtimetrials.org.uk

(If you're really wanting pain, that's the website to enter local hill climbs - a short race straight up a local hill !)
Posted by allmacd at 02:15 No comments:

A great turnout of bikkies on Saturday morning for the Gothic gallivant through the leafy lanes of Northumberland. Around 45 easy mile covered including a slice of cake at Capheaton village hall. 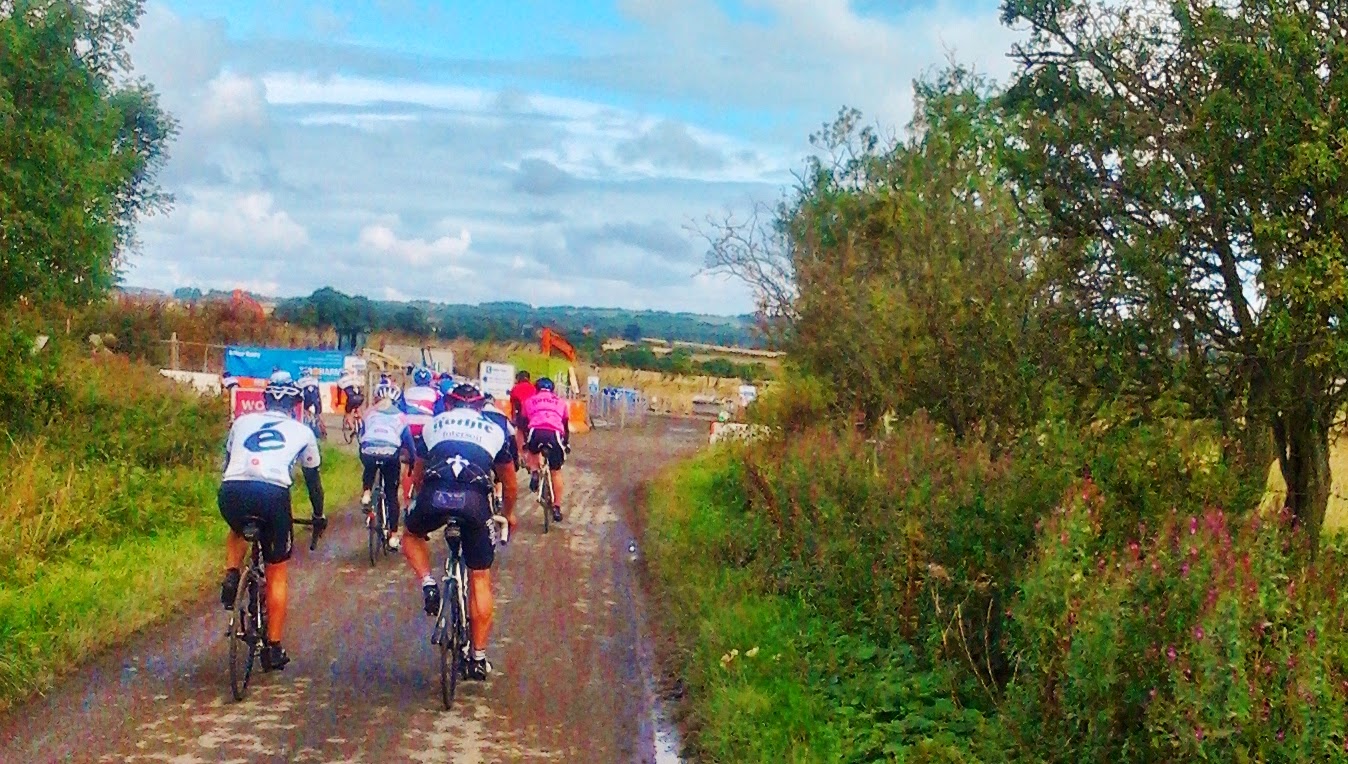 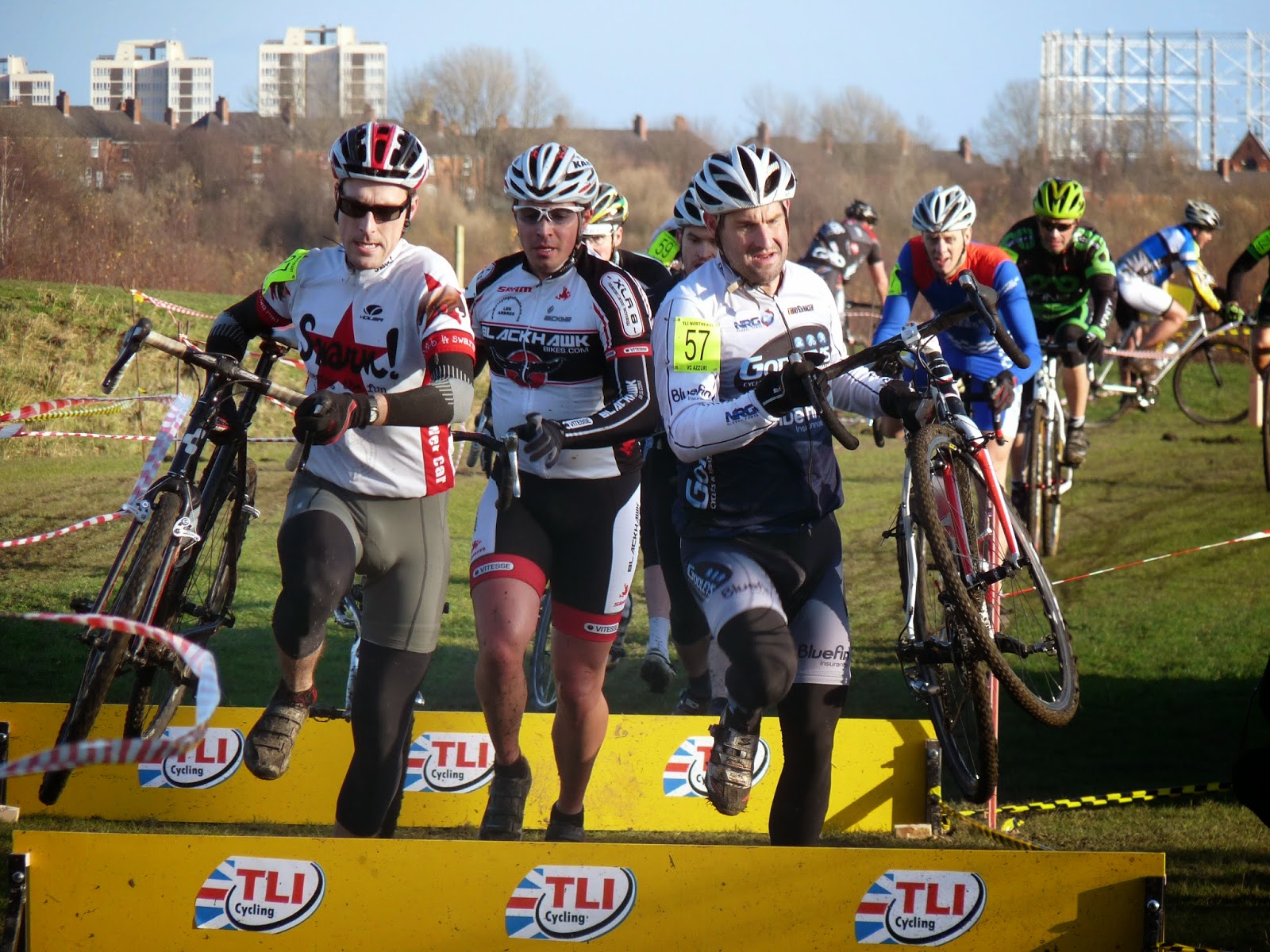 With the start of the cyclo-cross season soon to be upon us, why not have a go at this autumn and winter sport. Its great fun. There are two leagues in the north east to choose from. - cxne.org.uk and neccl.co.uk.
You don't need to ride all the events - simply turn up in good time with an old mountain bike or racer with knobbly tyres and don't wear white!  Circuits are usually around a park or woodland and you won't get lost or dropped - although you might get lapped; but there's no shame in that as by then, no one really knows who the leaders are! For more info:
http://en.wikipedia.org/wiki/Cyclo-cross
The two local websites are www.cxne.org.uk and www.neccl.co.uk.  See you there.